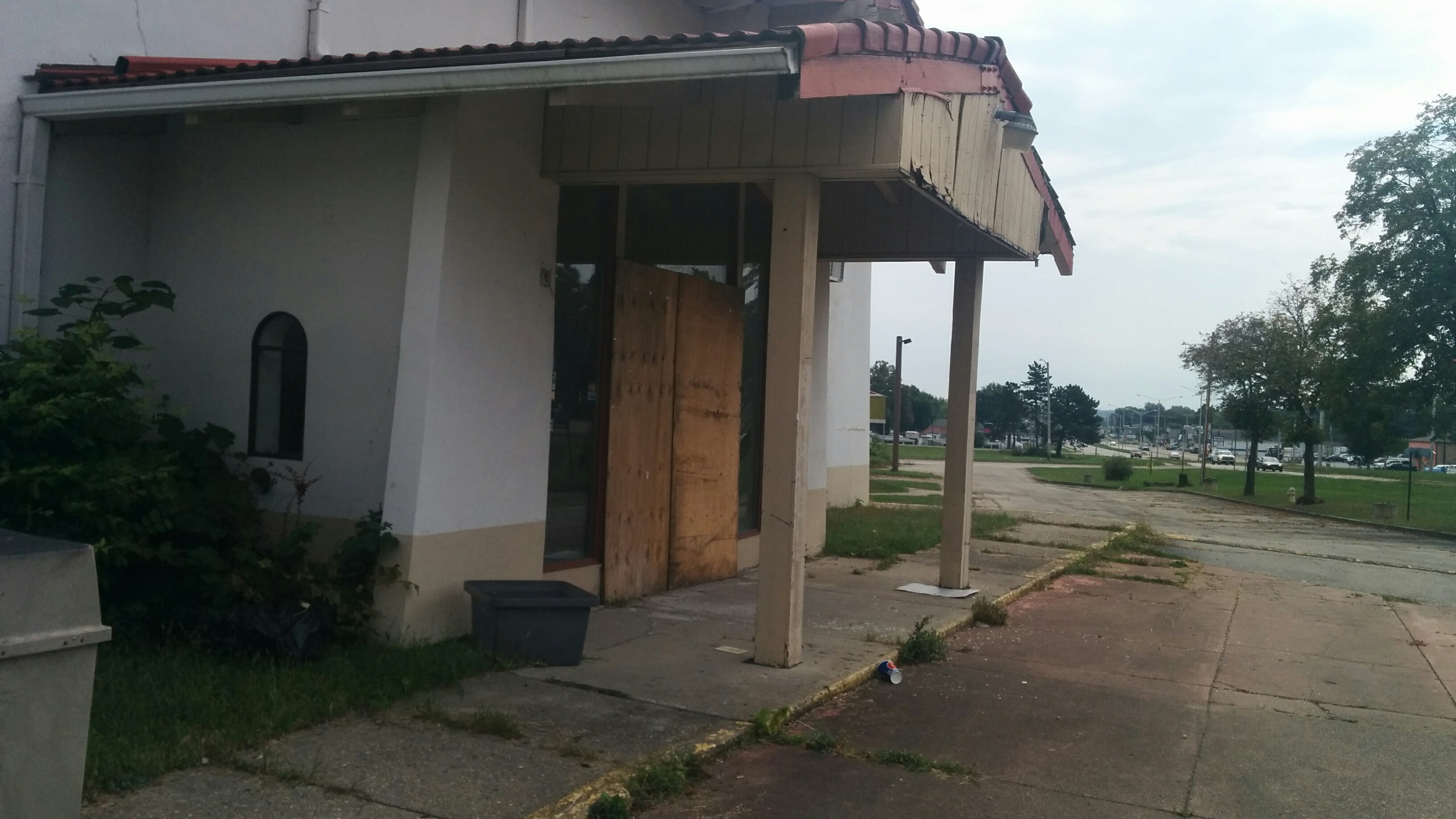 Sitting Off interstate 75 in Ohio, this 112 room hotel, Built in 1975, once served guests who were in town for events and travelers needing a break from their interstate journeys.

In the late 2000s the entire area went through an economic downturn, forcing many local businesses to close.

Throughout it’s nearly 40 year history the hotel went through a handful of name changes, finally becoming the North Plaza Inn in 2007.

Around this time, the hotel’s clientele changed for the worse.

Between April 2007 to October 2009 this hotel had over 1900 sheriff dispatch calls, usually for drugs or prostitution. The hotel made statewide headlines in 2008 when A woman was
arrested for prostituting her 17 year old daughter from the establishment.

The following year, the hotel logged 52 health code violations, including one troubling incident where a 3 year old boy found a used hypodermic needle in a drawer and contracted
hep C. Because of these events and various community efforts, the state forcefully closed the doors marking 2009 to be the final year for the hotel.

In November 2017 after being deemed a public safety risk and with tax liens on the property, bids where taken for demolition. Right now, The buildings future remains uncertain.

But for now, A venue that formerly hosted weary travelers, later hosting drugs and prostitution, now only hosts squatters and vandals.

When businesses move out, to find cheap labor elsewhere, an entire community can be upturned.

Almost overnight, an area that once welcomed tourists, provided nightlife and was known as the strip — can drastically be changed.

Eventually being taken over by crime, drugs and decay, The remains of that community is not forgotten, but it is left, to inherit the wasteland.