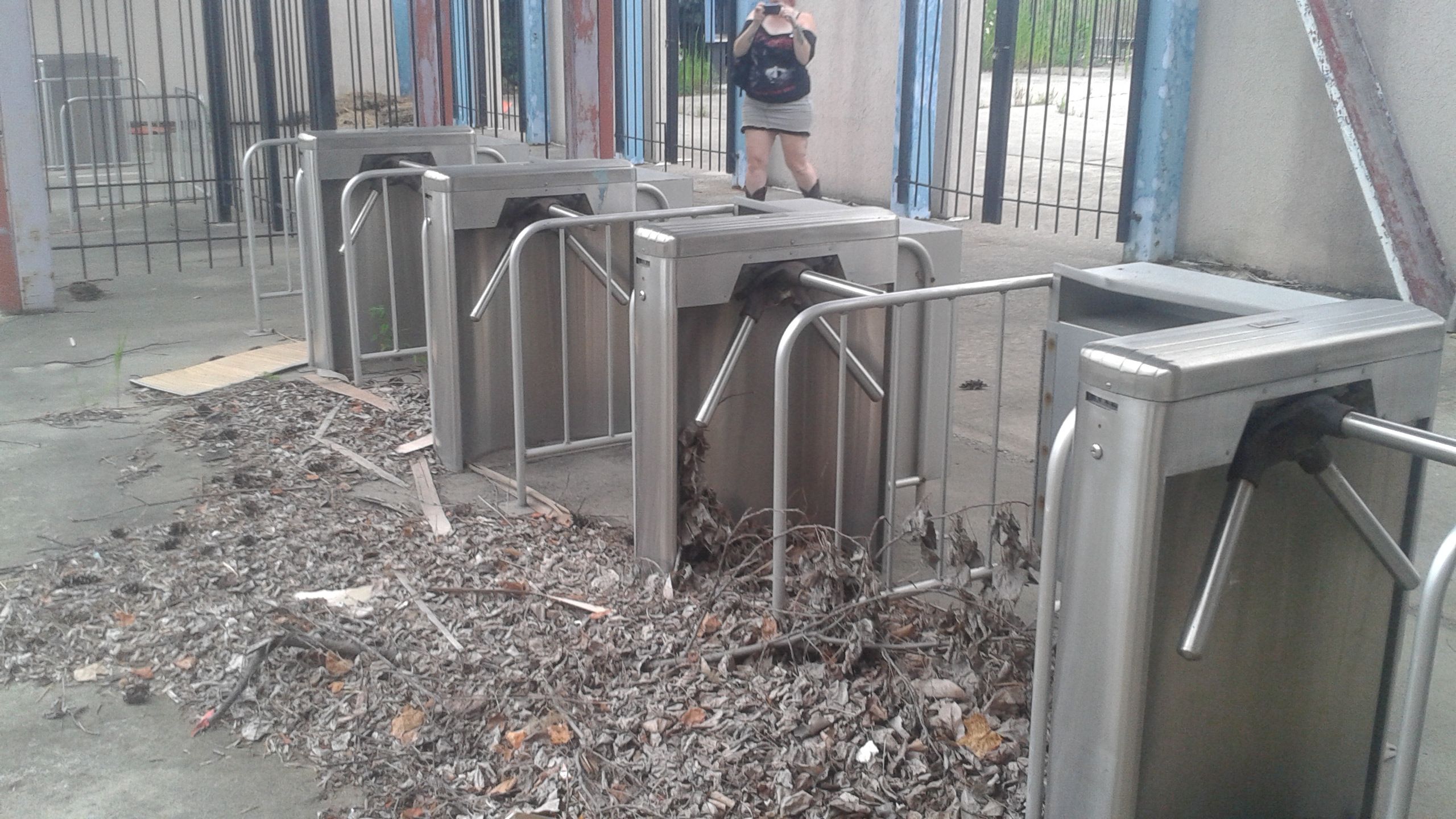 In 2014 we had the chance to visit several abandoned amusement parks while we toured the country.  You will see these in some upcoming episodes of Inherit the Wasteland.  One of the places we explored was LeSourdsville Lake Amusement Park (later known as Americana), a small amusement park located in southwest Ohio.  While we are working on editing the video from this location, here are some photos.

LeSourdsville Lake Amusement Park was an amusement park located in Middletown, Ohio. Opening in 1922 as a family picnic and campground, LeSourdsville Lake transformed in the 1940s to an amusement park with rides, attractions, and an arcade. In 1977, the name was changed to Americana Amusement Park. Following an electrical fire in 1990 that caused over $5 million in damages, the park fell into decline and was eventually closed in 1999. Under new ownership, the park briefly opened again in 2002 returning to the name LeSourdsville Lake Amusement Park, but after failed attempts to turn a profit, it closed permanently. The park’s remaining rides and attractions were either demolished or sold.

We revisited the location in 2016, much of what was left in 2014 was gone and we saw demolition crews tearing down some of the old buildings.

The location is currently being considered to be used as a city park.